The famous attraction is located about a 30-minute drive from Chiang Rai city centre (where the Night Bazaar and Bus Station are) and it's easy to find a day tour package that includes a visit to this temple as every one of them have it in their packaged itinerary.

If you don't want to follow a packaged tour and want to come on your own, I read online that you can hire a tuk-tuk (local motorised tricycle) for about 300-400bht for a return trip. The driver will wait an hour or two for you. A tuk-tuk will comfortably sit about 2-3 persons.


As I wanted more time to explore this icon of Chiang Rai at my own pace instead of following a tour, I decided to hire a car for a day and customise my own tour itinerary.

There are 3 of us (my parents and I) and it costs 750bht per person to go 4 places - Wat Rong Khun, Singha Park, Khun Korn Waterfall, and Wat Huay Pla Kang. It is good to group these 4 attractions together as they are within the southern cluster of attractions (using Chiang Rai city centre as a point of reference) so travelling time from one to the other can be cut down.

To me, the northern cluster of attractions would be Baan Dam (Black House), 5 Tribes Villages, Mae Sai, and Golden Triangle, which are offered by most tour packages and they usually include Wat Rong Khun as well so you can imagine how rushed the day tour would be. If you join a tour, you'll get about 45 minutes at Wat Rong Khun. I prefer to take my time to take photos and take in the ambience of the place. My visit lasted slightly over 2 hours here.


We booked our tour through an agency (called "So Good") near the Night Bazaar. We've asked a few agencies and So Good offered the best rate. So good indeed!

Our driver picked us up at our hotel (Wangcome Hotel) at 8:30am and our tour ended at almost 7:00pm. We tipped the driver who didn't speak much English 200bht. So our total cost for the day's tour was 2,450bht, not inclusive of meals and entrance fees.

Beauty and Her Necessary Beasts

From far, Wat Rong Khun looks like an immaculately pristine embodiment of purity. But on closer look, you will find frightening and grotesque sculptures that seem out of place in this vision of great divine beauty.

This coexistence of gods and demons, heaven and hell, is deeply rooted in the Hinduism percept of duality where good and evil are complementary. One cannot exist without the other. Without darkness, we wouldn't understand light. The ying goes hand-in-hand with the yang. As Buddhism has profound connections to Hinduism, Wat Rong Khun expresses this fundamentally Hindu philosophical principle in the context of Thai Buddhist architecture.

Personally, whenever I encounter a skull or 'ugly blemish' to the overall beauty of Wat Rong Khun during my visit, it is a reminder that nobody is perfect. We all have skeletons in our closets. Me included :)


Not a Typical Thai Temple

Wat Rong Khun was a temple that degenerated into disrepair and restoration works had to be stopped due to insufficient funds. A deeply devout Buddhist, Chalermchai decided to fund and rebuild the temple with a vision to blend tradition with contemporary art. Wat Rong Khun would serve as a centre for Buddhist teachings and meditation in Chiang Rai and is the artist's way of contributing merit to gain immortality.

The reconstruction of Wat Rong Khun began in 1997 with new buildings and extensions added. The entire architectural project is expected to be completed in 2070. This is kinda like the Asian answer to the Spanish Sagrada Familia. 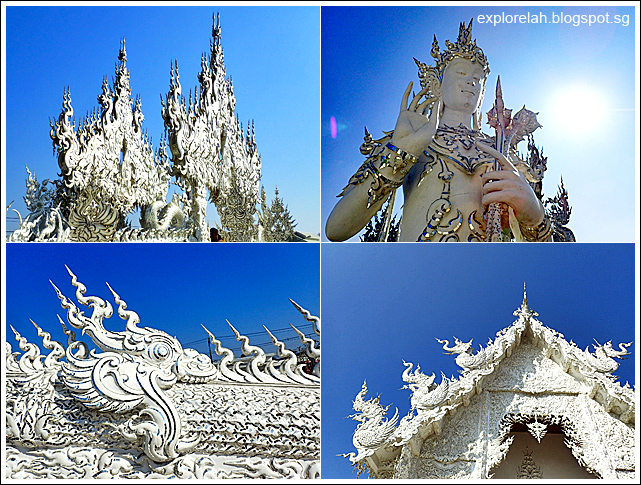 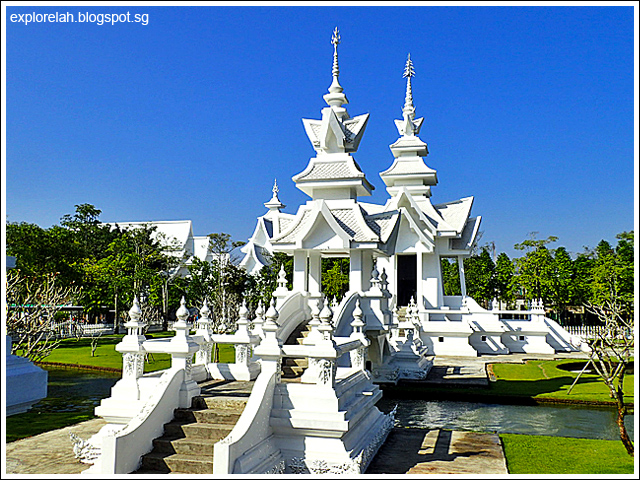 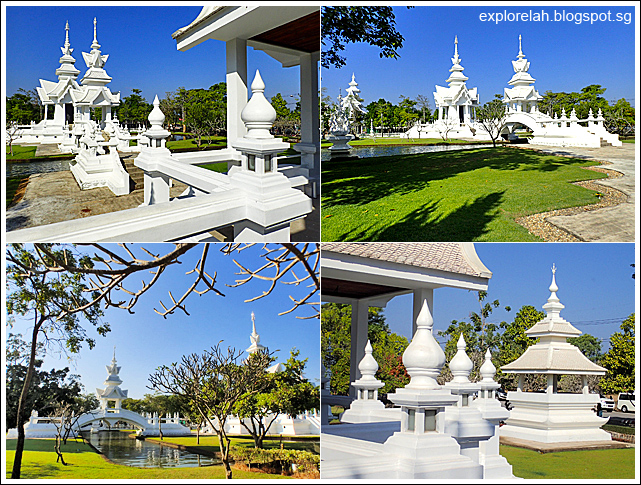 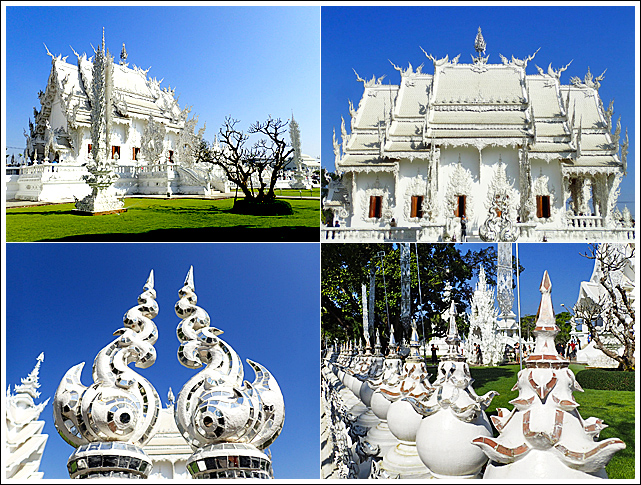 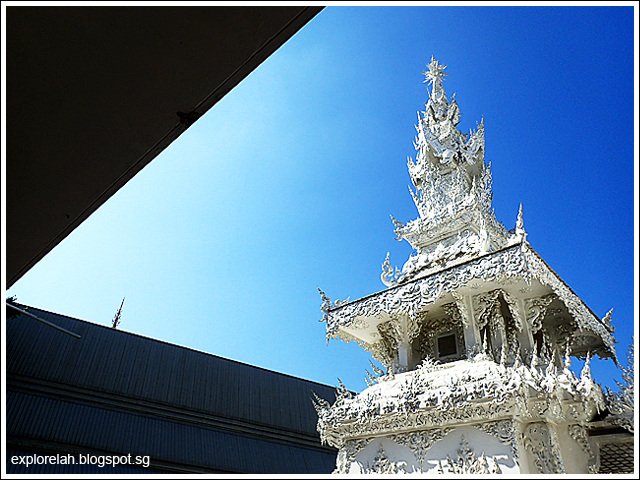 Gold Where No One has Gone Before

White isn't the only colour to be found at Wat Rong Khun as a grand building in gold commands an equal measure of admiration. But the building is not a temple, prayer hall, or any religious structure. It is in fact, the toilet!